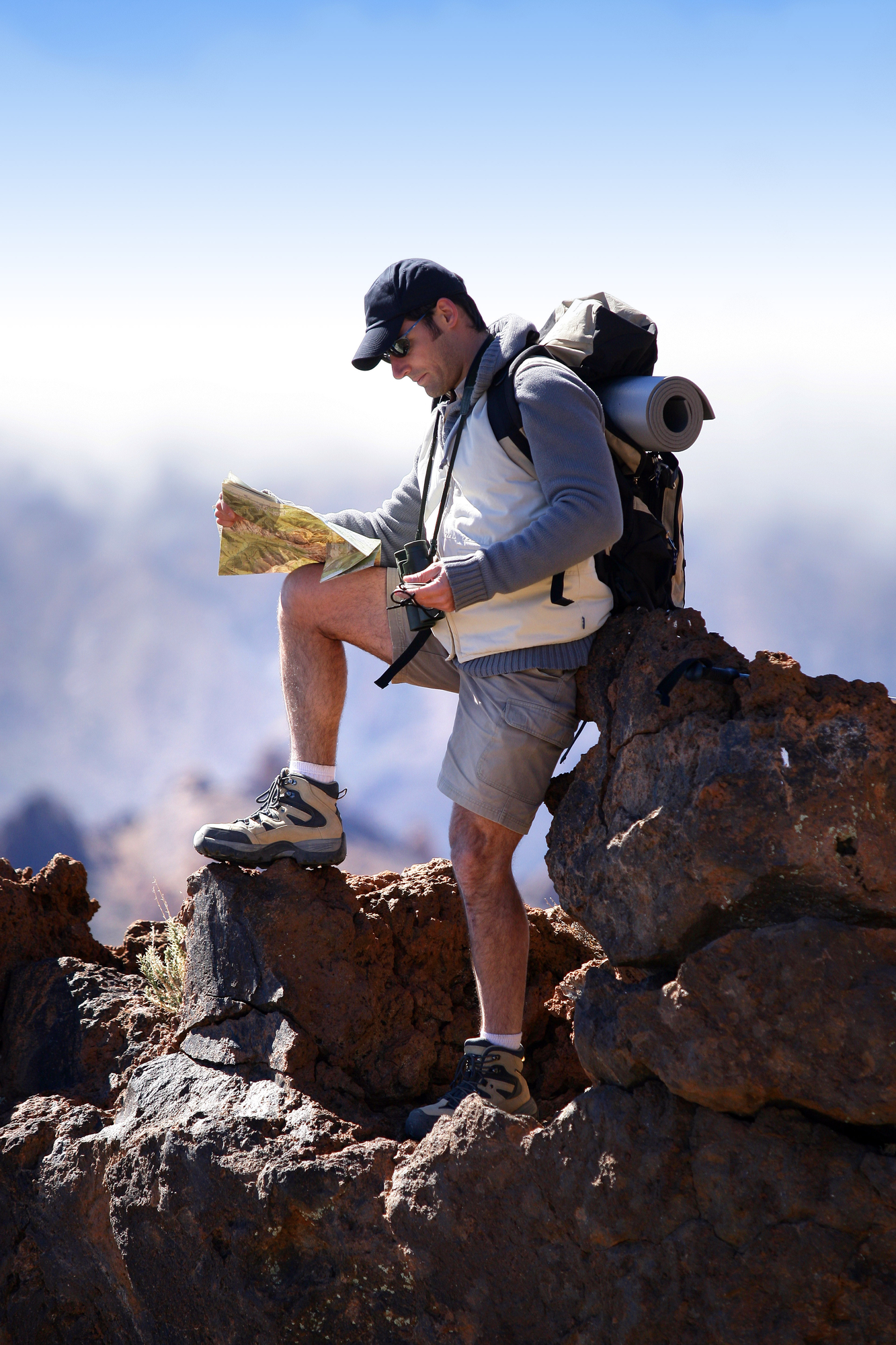 What Is the Meaning of Life? Sorry, but That’s Kind of a Stupid Question

What one unforgettable patient taught me about life’s meaning.

82 Years Young and More Fulfilled Than Ever

It was the end of a long and trying day in clinic. I’m a family medicine resident, so my patient list is full – I glanced at the chart. Last one. 82-year-old female in for a routine checkup. I’d finally get to go home after seeing her.

Then there’d be notes to write. Then studying. Maybe an hour to decompress and zone out to some Netflix before bed. Then I’d be back in clinic all over again tomorrow.

After I knocked and entered the room, I was greeted by the healthiest 82-year-old I had ever seen. Perched on the exam table, she had permanent smile lines from decades of laughter and a knowing, youthful sparkle in her eyes. She informed me she was fresh from a round of golf with her two grandsons.

She grinned as I slumped into my chair. “You look tired. Tell me about something you do for fun.”

I know. It had been a long day. Of course there are a million things I enjoy doing. In that moment though, that stuff was miles from my mind – residency is serious business after all.

My patient rolled her eyes. “Sheesh! Some of my dead friends still have more personality than you’re showing.” I did a double-take. Did she really say that? “Go ahead. I know I’m your last patient today,” she said. “Tell me about the meaning of your life. Not THE meaning of life because there’s no such thing. I want to know about the meaning of YOUR life.”

How This Great-Grandmother Added Meaning to Her Life

The more my incredible patient spoke, the more I realized trying to figure out life’s one and only meaning is a waste of time. In fact, those are precious minutes/hours/days you could spend adding more meaning TO your life.

Here I was, 30-something, literally living my lifelong dream of being a doctor. Also run down. Low energy and passively waiting until I could go home.

Here was my patient. “Old as f*ck” (her words) but as spirited as anyone I’ve ever met.

“What’s your secret?” I couldn’t help but ask.

Until the ripe young age of 76, my patient had never lived on her own. She hadn’t been single since she was 14. Realizing she wanted to try on independence, she divorced her husband and chose her own path. “I said f*ck it. My grandkids taught me about YOLO. Well, I YOLOed big time,” she said. “My husband, who I still love, was destroyed until he understood our relationship wasn’t over. It was evolving. I still make him dinner once a week as long as he takes me out and buys me lunch first.”

This woman loved her newfound freedom. She thrived.

In addition to devoting herself to loved ones, my patient spent much of her life daydreaming of becoming a writer. Well, one day, 77 years in, she made the intentional choice to just be one.

She is living proof that it’s never too late to chase your dreams or start something new.

What does a writer do? They write. In her new apartment, she started the habit of sitting near the window that lets the morning sun in perfectly. Each day she writes and drinks tea for as long as she likes. She jots down memories, tells herself silly stories, journals about current events. “I don’t give a damn if no one ever reads a word but me,” she said.

Inspired to try more new things, she got into binge-watching Netflix. She just finished and enjoyed Breaking Bad, which her own children grumble that even they’re too old to appreciate. Recently, her great-grandchildren were thrilled to show her why young people love video games so much; she’s experimented with Grand Theft Auto, Fortnite, Mortal Kombat, etc. Her favorite so far is Mario Kart, but she doesn’t think she’ll ever be any good at it.

She also picked up Texas Hold’em when she was 80. However, she regrets that COVID-19 has put her weekly tournaments on hold.

My patient enters each endeavor with an open mind. To her, every day is an exciting chance to find something new to learn and/or be amazed by. “And I’ve been alive for 30,111 days, which is a lot, I think,” she said. Noticing my shock, she prefaced: “Oh, a website told me that. I didn’t count them myself.”

It is a lot indeed, and as medicine and technology evolve, our life expectancy will continue to grow. In 1960, the average American could expect to live until about 70. Now that number is 79.1. And that’s low if you compare it to the rest of the world – The United States stacks up in lowly 46th place versus other countries. Hong Kong, in the top spot, boasts a life expectancy of 85.29.

This study found that, between 1970 and 2000, what they classify as “happy life expectancy” has increased more steadily and significantly than even disability-free life expectancy. Admittedly, happiness is difficult to quantify, but as stated, “most people know well whether or not they enjoy life.” That rings true. And it makes sense that happier people generally live healthier lives. Further research corroborates that fact, and this article even points out that smiling is a natural pain reliever.

The elderly woman in front of me certainly had some opinions on the subject.

“I’ve known a lot of people. The happiest ones treasure every day and every person they’re close to. They even seem to live the longest ­– my mother lived to 102, and I don’t remember her ever setting foot in a doctor’s office. No offense.”

“Laughter is the best medicine” was her mother’s mantra.

“She died at home with us all around. We knew it was coming, so there were always a bunch of us with her toward the end. Whenever mom would take a little nap or something, someone would get close to her to see if she was okay… then she’d open her eyes open and shout that she wasn’t dead quite yet. She almost gave me a heart attack more than once, but I swear you could hear that laugh down the street!”

Later In Life Success Stories: There’s No Time Like the Present

The longer people live, the more opportunity they have to discover and embrace their lives’ meaning. However, that isn’t an invitation to wait. Are you like me and constantly making big plans you’ll start TOMORROW? Tomorrow becomes the next day and so on. Eventually the bloom comes off the rose; I forget about my grand idea or talk myself out of its merit.

The flipside of that is that many people think life has passed them by. They think it’s too late to start new things or to pursue a dream.

That couldn’t be more untrue.

Take, for example, Samuel L. Jackson. He is the top-grossing actor of all time. He was also addicted to crack and didn’t get his breakthrough role in Pulp Fiction until he was 46.

Vera Wang decided to become a designer at age 40.

Finally, there’s Harlan David Sanders, aka Colonel Sanders. The first Kentucky Fried Chicken franchise opened when the man was 62. It failed and he was broke at 65. Undeterred, he never lost sight of his goal and finally sold his rapidly expanding franchise to investors when he was 73 years old.

I could go on and on.

Do you still think you’re too old to start something new?

There is no such thing as tomorrow. There never will be, because time is always now.

The Meaning of Life (I Honestly Do Know It)

“Ultimately, man should not ask what the meaning of life is, but rather must recognize that it is he who is asked.” Those are words from Victor Frankl, an Australian Holocaust survivor, neurologist, psychiatrist, philosopher, and author.

Friedrich Nietzsche, as controversial as he is misunderstood, would likely agree that we’re each responsible for making and embracing our own meaning. Some people look to religion, others to success or family or how many Super Bowl rings their favorite football team has. There are countless ideas about what the meaning of life is.

They are all correct.

There you go! There are a million different answers!

My patient, now my new hero, told me that she woke up one morning the previous year with an irrational desire to see wild kangaroos in person. She was 80 and had never owned a passport. Two months later, she was on a plane to Australia with her daughter, a grandson, and two great-grandchildren.

Eyes bright and alive, she gazed at me across the exam room. “What’s my life’s meaning? My family, my friends, my independence, trying new things, and being kind.”

“My life was good before,” she continued. “Also, even if it wasn’t, there’s no time for regrets. I’m happy to have made the world a better place by bringing my kids into it. I’m happy I figured out how to be fulfilled even if it took me a little while.”

Well, I’m happy she shared her story with me.

1. There is no one meaning of life. There is only YOUR meaning.

2. Happiness can literally add years to your life.

3. It’s never too late to try something new and follow your dreams.

From Selfie to Diagnosis: Detect Heart Disease by Snapping Pictures 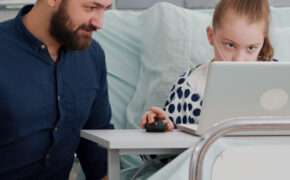 The Relationship Between Stress and Gut Microbiota

And Yoga for All 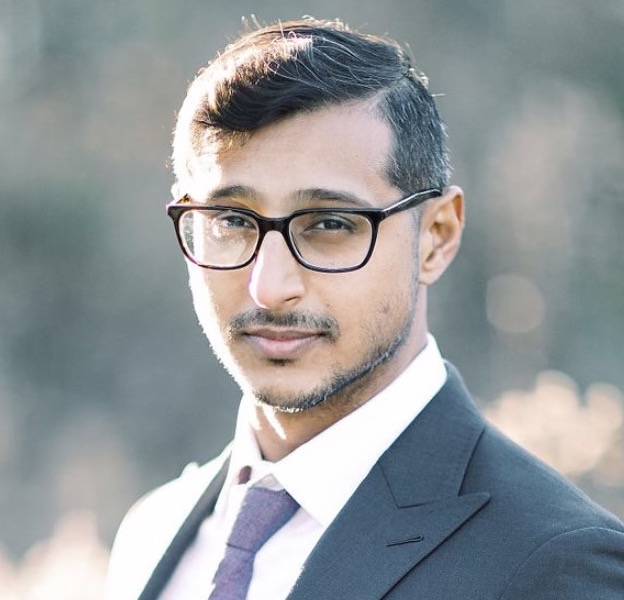 Sign up now and receive our Health and Fitness Apps Ebook for free!

You have Successfully Subscribed!

Sign up now and receive our Health and Fitness Apps Ebook for free!

You have Successfully Subscribed!